Meritage Homes Appoints Louis E. Caldera to its Board of Directors

SCOTTSDALE, Ariz., Dec. 13, 2021 (GLOBE NEWSWIRE) -- Meritage Homes (NYSE:MTH), a leading U.S. homebuilder, announced the appointment of Louis E. Caldera to its Board of Directors as an independent director. His appointment brings the Board of Directors to a total of 11. The Board plans to consider Mr. Caldera for appointment to one or more board committees over the course of the next several regularly scheduled Board meetings.

Mr. Caldera, a private investor and consultant, brings to the Meritage Board a rich background spanning leadership positions in higher education, military, and public service. Mr. Caldera served as Secretary of the Army under the Clinton administration and as Director of the White House Military Office under the Obama administration. He began his career as an Army officer and from 1992 to 1997 served in the California State Assembly. Since 2001, Mr. Caldera has worked in higher education, including as a vice chancellor for The California State University and as president of The University of New Mexico. Most recently he served as a distinguished adjunct professor of law in the program on law and government at American University Washington College of Law from 2018 to 2021.

“We are pleased to welcome Louis to our Board,” said Steven J. Hilton, executive chairman of Meritage Homes. “His breadth and depth of unique experiences will enhance our Board’s diversity of thought and insights and help Meritage as we continue to grow and innovate.”

“I am delighted to join the board of Meritage Homes, with its focus on building affordable, quality, healthy, energy-efficient homes for entry-level homebuyers in many of our nation’s fastest growing communities and its unparalleled commitment to its people, customers, and the communities it serves,” said Mr. Caldera.

Mr. Caldera has served on numerous corporate boards and on several nonprofit boards and commissions. He serves as a member of the board of directors of Granite Construction and DallasNews Corp, where he also chairs the compensation and management development committee. He previously served as a member of the board of directors for Southwest Airlines Co., Career Education Corp. and IndyMac Bancorp, Inc. A graduate of the United States Military Academy, Harvard Law School and Harvard Business School, Mr. Caldera is a member of the National Association of Corporate Directors, the Latino Corporate Directors Association, and the Council on Foreign Relations.

Meritage Homes is the sixth-largest public homebuilder in the United States, based on homes closed in 2020. The Company offers a variety of homes that are designed with a focus on entry-level and first move-up buyers in Arizona, California, Colorado, Texas, Florida, Georgia, North Carolina, South Carolina and Tennessee.

Meritage Homes has delivered over 145,000 homes in its 36-year history, and has a reputation for its distinctive style, quality construction, and award-winning customer experience. The Company is the industry leader in energy-efficient homebuilding, an eight-time recipient of the U.S. Environmental Protection Agency's ENERGY STAR® Partner of the Year for Sustained Excellence Award since 2013 for innovation and industry leadership in energy-efficient homebuilding, and the recipient of the EPA Indoor airPLUS Leader Award.

A photo accompanying this announcement is available at https://www.globenewswire.com/NewsRoom/AttachmentNg/bd996db7-cdb6-47a5-b4de-99b4e591d660

Meritage Homes appoints Louis E. Caldera to its Board of Directors 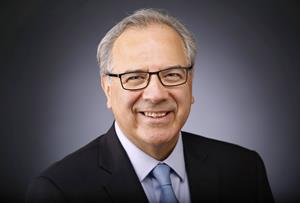